What, when, how and most importantly why. 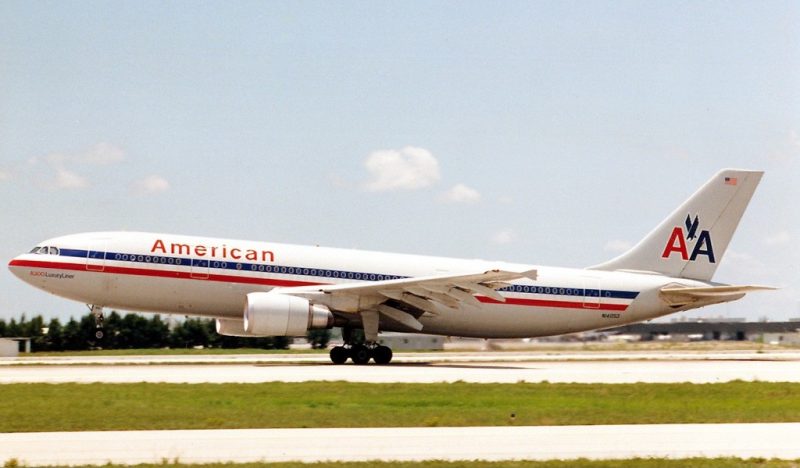 American airlines flight 587 resulted in a tragic accident that happened just two months after the 911 attacks on New York.  It rocked the city as residents began to imagine that the Airbus 300 had fallen victim to terrorist activity, causing it to crash into a residential area of Queens just 3 minutes after take off.  Mayor Giuliani and President Bush took to the airwaves to pledge that everything would be done to get to the bottom of the tragedy.  265 people lost their lives, including all passengers and crew along with 5 residents of the houses that were hit.  Yet the cause was not a terrorist incident as first thought, in fact the root cause was a well intentioned act intended to help prevent such crashes from ever happening.  So what went so wrong? 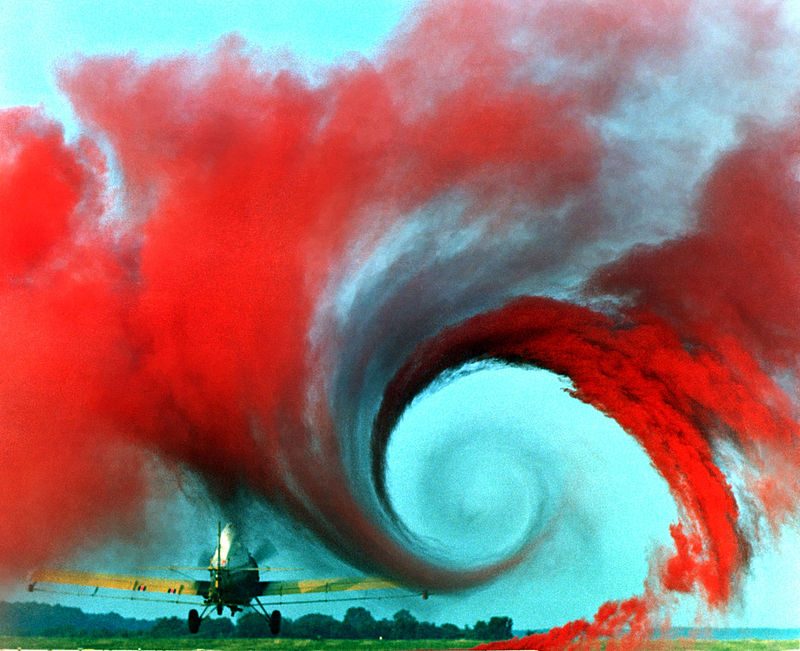 The investigation team found that the plane had taken off soon after a Japanese Airlines Boeing 747.  The crew were aware of the possibility of wake turbulence.  Wake turbulence is exactly what it sounds like, in the wake of the 747 existed turbulence formed of jetwash and wingtip vortices causing a disturbance which if not managed correctly can be dangerous to following aircraft.  However, if the crew are aware of the wake turbulence, they take very simple steps to easily control the plane and restore safe, stable flight.  In this instance, the flight voice recorder showed that the crew were aware of the turbulence and vocalised the correct procedure for managing the situation.  This was simply to keep five miles between them and the Japanese aircraft.  Later review of radar records showed that the Airbus was never closer than 5 miles behind the 747 during it’s brief flight.  So what caused the crash?

When the investigation team recovered the wreckage they found the vertical stabiliser in Jamaica Bay some distance away from the crash site.  This suggested that the stabiliser somehow detached from the plane before the crash.  After extensive tests and research it was found that the stabiliser was subjected to forces over twice that which it was designed to withstand.  Forces far greater than could possibly be created by the wake turbulence of another plane.

The team then turned to the flight data recorder, which indicated that the first officer, who was flying the plane, had inputted some extreme rudder commands shortly before the crash.  By comparing the data recorder information with sounds from the flight voice recorder they were able to determine that the rudder commands occurred immediately before the stabiliser was torn from the aircraft.  Through simulation they were able to determine that full distance rudder travel in both directions would indeed create enough stress on the tail fin to rip the stabiliser from the fuselage.

Despite initial fears of terrorism, the cause was in fact a very human one, with intentions far from malice.

So they had the technical cause, but why on earth did the first officer give such commands that resulted in damage to the plane which caused it to lose control and crash?  The National Transportation Safety Board interviewed other pilots who had flown with the first officer.  They found that other pilots had experienced dramatic rudder control movements from this first officer on previous flights.  This led the team to review the training received by the first officer.  This is where they found the answer to the mystery.  The American Airlines training program included a practical component where a pilot is required to recover from severe wake turbulence using the simulator.  The wake turbulence that is simulated is so severe that full travel rudder movements are required to regain control of the plane.  In normal flying such conditions are almost impossible to experience.  Recovery during wake turbulence usually requires only gentle action by the pilot and stable flight is easily achieved with only minimal movement of the controls.  However, this, the most frequent scenario was not covered in the training.  So the first officer, and others who had completed this training program were left with the understanding that wake turbulence is massively disruptive to stable flight and full rudder movement is required for recovery. 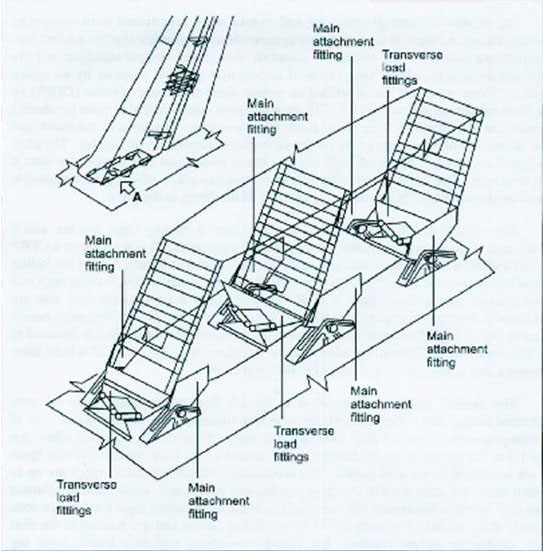 Sadly the actions of the first officer caused the plane to behave erratically; instead of trying to overcome the effect of the wake turbulence the first officer found himself trying to wrestle against his own inputs.  This caused huge instability which included such severe rudder movements that the normally exceptionally strong mountings for the tail fin where unable to withstand the forces.  The tail fin snapped off and any chance of recovering control was lost.

By the time the captain realised that the first officer was unable to control the plane it was too late.  Nothing could be done by anyone to save the lives of the crew and passengers.  One of the last actions of the first officer was to declare an emergency to the ground crew.  This was one of the worst accidents in American history, and was the first air crash to ever result in an apology from the airline.

So what can we learn from this tale?  For me, reading about this disaster really hit home.  I used to work in the power industry.  A power station is home to many hazards, high voltage electricity, chemicals, high pressure steam and liquids, high temperature liquids, rotating parts and flammable materials.  The hazards are well managed and the teams are well trained to handle unplanned events.  At all times there is a ‘Plant Controller’ on site who is responsible for the safe operation of the plant and safe co-ordination of all activity on site.  In order to become a Plant Controller you must sit a panel with the Plant Manager and other representatives of the senior team.  I have been on both sides of such a panel, both as the person being tested and the Plant Manager looking to make sure an individual can cope with the most extreme of circumstances.  And this is where I started to think.  On my panel I had a scenario with a severed HV cable, meanwhile a fire broke out on site, while trying to manage this situation some major equipment failed, whilst working out how to manage that I was told that a small child had entered the HV Switchyard.  This scenario was hypothetically possible, but in 150 years of UK power generation has not occurred yet to my knowledge.  I passed my panel and have since subjected several people to a similar nerve wracking experience in order to gain a level of comfort that they will react appropriately in high-stress situations.  However, does such extreme testing prepare someone for a role?  Are we teaching people how to deal with a high stress situation or are we ensuring that an unplanned event immediately becomes a high stress situation?

It pays to know your students and their learning style.

Many people had been through the American Airlines Advanced Aircraft Manoeuvring Program and not reacted to wake turbulence in this way.  This is perhaps because different people learn in different ways.  No way is right or wrong, but the impacts on resultant behaviours should be recognised.  There are various models on learning types, this simple one focusses on four types.

From the NTSB report it is possible that the first officer on flight 587 may have been predominantly a Kinesthetic learner.  So instead of information about the causes and types of wake turbulence and the impact of aircraft controls on handling being at the forefront of his mind, he perhaps had a memory of a wildly out of control simulator and extreme control inputs being required.

Furthermore, if repetitive training is used and is validated by real life experience, such a response can become like muscle memory.  Minimal cognitive processing is required and the task is performed most efficiently.  This is great if the initial learning is appropriate, however it can be dangerous when a motor reaction is almost automatic in response to a stimulus.

Thankfully, in the power industry a Plant Controller undergoes written tests, peer training, shadowing and ongoing reinforcement of learning in addition to their panel.  However, it pays to be aware of learning types, as even when you use mixed methods of tuition, the learning type of the student may influence which components of the training material are retained for future use.  By knowing the learning type you can switch emphasis and more importantly re-inforce critical foundation information.

The American Airlines training program has been updated to reflect more realistic wake turbulence scenarios and changes have been made to the rudder control mechanism of the Airbus 300.  Such learning is essential to avoid future accidents, sadly the cost of this learning is so high in terms of loss of life.

Regardless of your industry sector, have a think about your training methods.  Are they varied to suit all learning types?  More importantly, consider how often you check cognition of key fundamentals and re-inforce the critical building blocks of understanding.  For daily tasks it is fine for your team to understand what to do, when to do it and how, but understanding why is critical to enable them to respond in an unplanned event.

Information on flight 587 obtained from the Federal Aviation Administration.