This week’s article is a short and simple lesson from my mother.  My mother is sadly no longer with us, she never held a leadership role in business, but I believe she was a natural leader.  Here is an example of her style that hopefully illustrates a behavioural point in the leadership of others.

In the 1980s we had a window cleaner.  Every two weeks he would come and clean our windows.  He carried his ladders on his pushbike and would turn up and ask for a bucket of warm water.  No reach and wash system in those days.  So old school was he, when he found some stubborn dirt on a window, lets call it bird deposit, he would get out a 10 pence coin, or 2 shilling as it was still called back then, and use it to scrape the deposit from the glass.  Not designed for this task, this could easily scratch the glass and leave an ever lasting mark on the window.

Now you don’t need to know a lot about my mother, but lets just take it as read that scratches on windows were not something she would accept.  So one day when our window cleaner arrived to provide his service, she approached him and gave him some feedback.  She told him quite firmly that she didn’t appreciate him scraping dirt from the windows with a coin.  She made it clear that she did not want him to do this again.

Now let’s hit the pause button.  What has been achieved here, and what is the outcome?

Here’s what has happened:

What is the result from this?

So the outcome of this interaction is an overall slight reduction in service level.  The window cleaner seeks to avoid another ticking off from my mother, so doesn’t use the coin on her windows any more.  Everyone else who hasn’t reprimanded him gets their bird poo scratched off their windows.

Now then, this isn’t the complete story.   When the window cleaner returned to clean our windows, my mother came out to see him before he started his work.  She asked if he was going to use a coin to remove bird poo from her windows.  He said “No, absolutely not!”.  At this point my mother played her natural leadership card.  “Good” she said “I have something here to help you”.  She then gave him a purpose made tool for the job.  She had bought a tool which was essentially a razor blade mounted in a handle.  It could be used to scrape dirt from windows without damage.  He then proceeded to clean her windows without damage.  Of course he also used this tool on everyone else’s windows too. 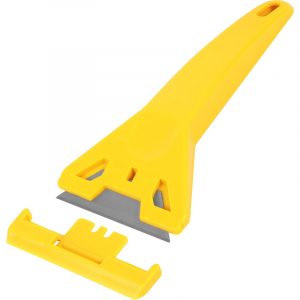 So what is the outcome of the complete intervention from my mother?

The result is a win, win, win. Just compare this result to what would have happened if only the negative feedback had been given.

Here we see a simple lesson in consequence management which is supported by the work of Skinner and so many behavioural scientists.  To simply reprimand someone for doing something wrong provides them with no information on how to do the job correctly.  Telling them what they should do is useful, but supporting them to do the job right is priceless.  This is how leaders get the results they want.  My mother never held a leadership role, however, in every job she did, her colleagues and peers always worked to her standards.  Standards which were very high indeed!