So, exactly how do you motivate your big earners?  It’s really as obvious as it sounds!

A few weeks ago we published an article on the law of diminishing marginal returns, a classic A-level economics subject.  So whilst in A-level syllabus mode, we had a notion to do an article on the income and substitution effect.  Then, as if by magic, the Trade Union Council made the news by suggesting we all work a four day week; they claimed we can do this without a drop in productivity.  All of a sudden these three ideas seemed infinitely circular and neatly connected to support the same concept.

As we learned with the law of diminishing marginal returns, simply applying more labour does not necessarily deliver a commensurate increase in production.  Ergo it might reasonably follow that removing some labour may not result in an equitable drop in output.  While this theory doesn’t sufficiently justify the case for a four day week, it certainly doesn’t work against such a plan. 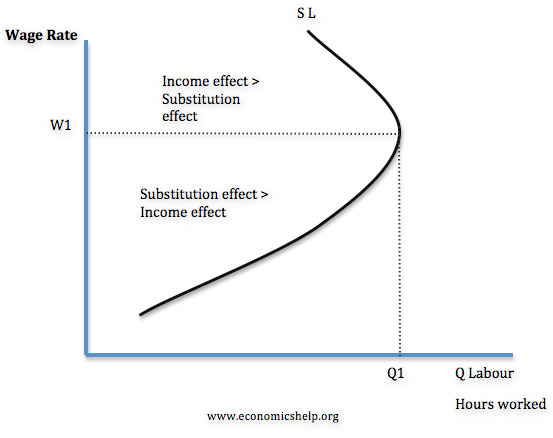 So let’s look at the next A-level lesson plan.  The income and substitution effect.  Like so many economic theories it is very much an observation of human behaviour.  Money after all is a human construct and us humans decide what we do with it, therefore it is no surprise that economics and psychology often make comfortable bedfellows.  The theory goes that we are generally motivated by earning money.  Most of us wouldn’t bother with the daily grind if we didn’t get the pay packet at the end of the month.  The theory further states that in order to earn more money, we are prepared to work more hours and substitute our time with income.  Be this late night project work, preparing a presentation in bed the night before you deliver it or working overtime to support the business and increase your pay cheque.  However, the key learning point is that a point is reached where we are not prepared to give up any more time for extra money, in fact we become prepared to substitute income with more free time.  It stands to reason really, if you reach a point in life where your mortgage is paid or represents a negligible part of your monthly outgoings, the kids are through uni and you finally discovered that a German executive saloon doesn’t actually deliver happiness, why would you work harder for more money?  You appear to have about enough money.  So what has replaced your desire for the folding stuff?  Most of us reach a point where free time is more important.

As originally promised, this is really rather obvious isn’t it?  So it must also be obvious that wealthy company directors, CEOs and senior managers must all work less hours than those starting out in life and trying to hold it all together.  As we see in the movies and the world of TV, Gordon Gekko and the guys from Suits are doing so well that they spend their time on cruises and clocking off early to enjoy coffee with their partners.  Or have we just painted an incongruous picture?  This isn’t how it is in the main.  Despite the well proven theory of income and substitution, so many companies entice and retain high performers with oodles of cash.  And this is what wages and cash are for, to entice and retain your team.  If you want to motivate them, more money isn’t the answer.  Insert Maslow, Herzberg or your motivational theorist of choice here.

So if someone has peaked on the income and substitution effect curve, why throw more money at them?  Why not throw some time at them?  If this is their motivator, what likely effect will it have on their output?  Have you ever seen a refuse collector who is on ‘job and knock’?  They are incredibly motivated.  The workload remains constant, as does the amount of money being paid.  However, with the incentive of going home when the work is done, productivity increases phenomenally.  While no one is suggesting we use this exact model to increase the output of our team, an earlier finish time or an extra day off per week, doesn’t necessarily mean output will fall.  Moreover, you may even find your happier worker is producing a higher quality of work.

It is worth noting that the theory and the curve reflect that our desire to work more hours is directly proportional to the rate of pay.  Which effectively it is.  However, above we have suggested that a person’s time of life, or quantum of needs met might be the determining factor.  Well this is true also, so the point at which we peak, will differ between individuals and where we are in terms of meeting our needs.  So part of your job as a leader is to plot your team along the curve and use this as part of your motivational tool box.  The good news is, once you have them plotted, the rest is easy.  Don’t be afraid to apply the logic, when offered the correct motivation, well managed people rarely let you down.

So shall we acquiesce to the demands of the TUC and introduce a maximum working week of 4 days?  Maybe that isn’t within our gift.  However, we are perfectly able to negotiate our contracts with our workforce.  So when we need to find a way to motivate people, instead of reaching for the cheque book, just ask how appealing more time off would be.  Sometimes, this is what people actually want, proper time off.  That’s not a day on the golf course with the sales director of your competitor to try and find out the next big thing, or a sailing weekend with the CEO of your biggest supplier in the hope they will accept a lower price.  That’s a day at home with the family, with the laptop switched off, a day out with the spouse or a day hill-walking with your old school mates.  With days like this, the remaining days of the week can be more focussed and productive.

Give it a go and measure your team by what they deliver rather than by how many hours they are on the clock.