You would never ask anyone to rush, yet your team might think you request it all the time.

I don’t think anyone would think that rushing a task or cutting corners would help achieve a safe, quality job.  However, in almost every accident that I have investigated, a sense of duty to perform the job quickly has been identified as a factor.  And in almost every one of these cases, this has been met with incredulity from senior management.  So why is it that senior management often feel that they never issue an instruction to prize speed over safety and quality, yet so many team members genuinely feel that productivity and speed of working are the most important factor in their working day?  The simple answer is that information that we convey to our team can send signals that meeting schedule at all cost is the prime objective of the organisation.  This is especially the case if you don’t take time out to overtly dispel this premise, by sending a message that safety and quality always take priority.  So even if you are sure that you are not sending the first message, why not send the second?  What harm will it do?

Let’s take a look at an example of this exact paradigm, and analyse the result.

Removal of any one of these factors would have prevented the loss of life that day. 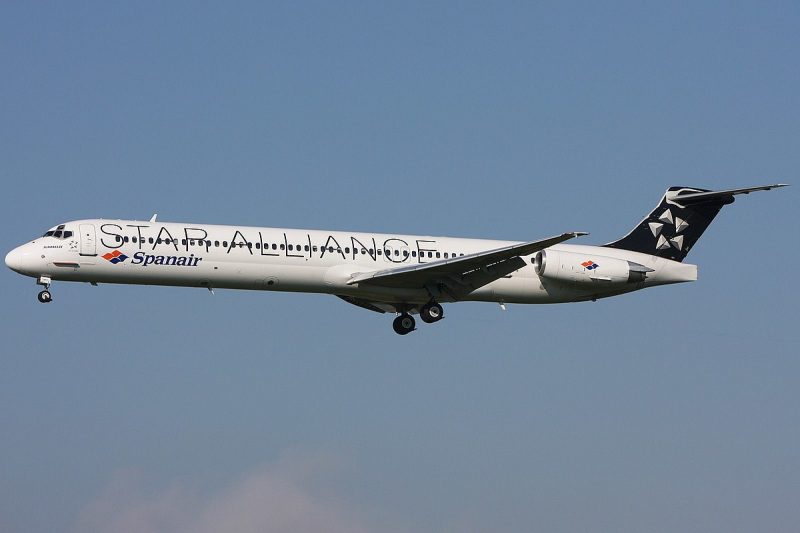 On 20th August 2008 Spanair Flight 5022 resulted in the loss of 154 lives when the plane crashed on take off from Madrid Barajas Airport.  Sadly the plane barely left the ground before banking over and crashing beside the runway.  The preparations for take off had been going well when the plane had to return to the gate for maintenance.  This put the crew seriously behind schedule.

The first preparation for take off was perfect.  The investigation team found that every required task had been performed correctly and there was no reason to believe that a take off would not have been successful.  However, the second time the crew prepared for take off, after maintenance, they overlooked extending the flaps.  Flaps are required to increase the surface area of the wings to provide additional lift at low speeds.  The flaps and slats are essential for take off and landing.  During the pre-flight checklist review the Captain is heard to  interrupt the first officer while he was going through the checklist.  Normal rules of cockpit resource management dictate that no one is interrupted during the performance of the checklist routine.  However, in this instance the Captain interrupted to ask a question.  The first officer then picked up his task and reported he had set flaps and reported their position without looking at the indicator, he did it from memory.  In fact the flaps hadn’t been set.

Spanair had recently announced financial difficulties that would result in losing flight personnel.  Daily profit or loss is heavily influenced by an airline’s ability to maintain schedule and operate all planned flights for the day.

There were a number of extraordinary tasks and factors during the preparation for this flight.  The maintenance had resulted in a circuit being switched out.  This issue required the crew to use manual thrust control as a work around for the defect.  The extended time on the tarmac had meant the plane had spent a significant time on auxiliary power supplies.  This resulted in incredible cockpit and cabin temperatures.  This would have had a dual impact on the crew who would be effected by the heat themselves and also concerned about their passengers’ flight experience.

During take off the plane began to stall.  Given the known defect which effected automatic thrust control, the first officer became pre-occupied with the engines.  He therefore assumed that the problem was an engine issue rather than an issue with the flaps.   Ordinarily you get an alarm if flaps aren’t set for take off.  However, the maintenance techs had isolated the power supply to the known defect to prevent the crew receiving a constant warning.  This also isolated the warning for the flaps for take off position.

The investigation team found that the main causal factors where the disabling of the flap alarm and a failure to maintain adequate cockpit resource management.  It was found that the crew failed to set the flaps in the correct position, then failed to perform the indication and flap lever cross-check as per the checklist, then failed to perform the visual check of the physical flap position before take off.  They also failed to check the flap position in the final pre-take off briefing.  This string of failures to perform checks indicate a desire from the crew to take off as quickly as possible in order to try and recover the schedule.

The crew then failed to correctly identify the cause of the stall during take off.  The focus on the known defect of the thrust control caused the crew to fail to check the seemingly obvious issue of the flap position.  Removal of any one of these factors would have prevented the loss of life that day.

The background human factors of very high temperature and a sense of urgency were noted to have contributed to the problems.  How many of these pieces of the puzzle could have been removed if these human factors had been controlled?  The investigation team  highlighted that rushing a task increases chances of error 11 fold.  It cannot be ignored that the crew must have felt a sense of expectation that they would make up the slip in schedule.

The senior management of Spanair refuted any implication that they encouraged their employees to rush tasks in order to maintain schedule.  It is pretty certain that they would never issue a direct instruction to their teams to cut corners.  However, on this day, both the ground crew and the air crew took decisions and acted in a manner which put schedule above the safety of the plane and its passengers.  It is also almost certain that they would have felt that their actions were in the best interest of the company and in line with the wishes of their managers.

Are you prepared to accept an 11 fold increase in likelihood of a mistake?

Here again we see the familiar paradox.  Senior management never want their teams to cut corners, yet the team in charge of maintaining the schedule believes that this is exactly what is expected when things fall behind.  So with this paradigm so present in industry, can you be certain that it isn’t a feature of your daily business?  If left to their own devices, most workers will veer towards hitting the schedule over completing every task by the book in order to guarantee safety and quality.  Without intervention from senior management, this is the general tendency.  Simply not stating that ‘production at all costs’ is your objective is not enough.  Omission of a negative message is not the same as delivery of a positive one.  Are you prepared to accept an 11 fold increase in likelihood of a mistake?  Of course not, so here a few pointers on how to ensure that quality and safety are maintained.

The crew of Spanair flight 5022 never wanted to hurt anyone and probably believed that accelerating the performance of their tasks was within their capability and presented no risk to the flight.  However, with everyone thinking in a similar fashion, with each person increasing their chance of error eleven fold, the risk was always going to result in an accident.  The opportunity available to senior management is to clearly communicate that the preference of the organisation is to fall behind schedule rather than skip safety tasks.  This sounds like a risky thing to say, however, it is far from risky.  By doing so you indicate a courageous approach to safety management, you encourage safe behaviours, you reduce risk in your business and the bonus outcome is, your delivery is far more likely to be on schedule!