Good management shouldn’t be transactional, but behaviour often is. 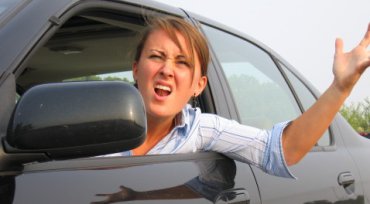 Here at BITS we often talk about reciprocity and consequence management, where one good deed earns another.  However, these are always presented as part of cultural change, where people behave in a reciprocal manner or are driven by a consequence led environment.  We never suggest that every request from a manager is followed up with a treat as though one were training a puppy.  This transactional approach would never deliver the work culture we all seek.  However, often humans are transactional in our behaviour.  By our very nature we instinctively need to reciprocate when we are the receiver of certain behaviours.  Picture two siblings, each trying to get the ‘last hit’.  If a child strikes another child, their immediate instinct is to hit them back, they will chase them around the room in order to get that revenge.  This isn’t restricted to children either, have you ever been carved up by an inconsiderate driver and felt the need to hit the right pedal and intimidate them?  You might chase them down the road, flashing your lights and beeping your horn leaning out of the window, simply in an effort to establish balance, ‘they annoyed me, so I must annoy them!’.  But what if they then decide to exact revenge for your annoyance? Maybe they slam on their brakes to force you to slow down, incensed you pull out and over take them only to screech to a halt in front of them, they get out of the car and the situation escalates out of all proportion.  This isn’t the way it always plays out, but if both protagonists are the same state of mind, it does.

So how do we avoid these transactional behaviours in the workplace?  Understanding a little about the way humans behave and the state they are in can help us manage situations to avoid these events escalating and becoming non-productive.  In order to get our heads around this we are going to look at transactional analysis.  The theory of transactional analysis has been around for ages, I was taught it at university, that’s how old it is!  It has, however, stood the test of time.  I believe this is because of it’s simplicity.  Human behaviour is complex, we are sophisticated machines, so when someone develops a simple model to explain it, this provides something we can both understand and more importantly apply in the workplace.

The transactional analysis model was originally proposed by Eric Berne in the 1950s.  A social psychologist, he observed that face-to-face communication is at the heart of human social relationships and therefore should be a focal point for analysis.  The foundation of the model is that when two people meet, one of them will speak.  This Berne called the Transaction Stimulus.  The person who initiates the Transaction Stimulus is the Agent.  The person who receives and responds is called the Respondent.  So we have the Agent and the Respondent.  Berne further postulated that each of these people has three ego states. 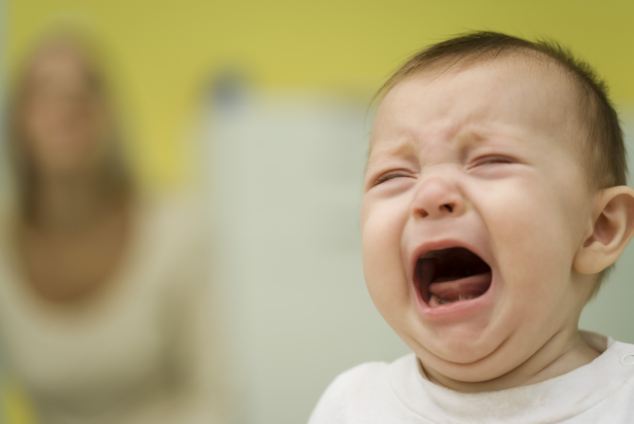 This is our learned voice of authority, built over our years on the planet and taught to us by ‘parent’ figures.  Our own parents, our teachers, neighbours, family members all provide us with a set of rules and values.  This is often referred to as absorbed conditioning.  Our behaviour has been conditioned through our formative years and this is very difficult to change.

This is our ability to receive data and act upon it logically, processing the data and formulating a response based on objective processing of the facts.  We start to form our Adult ego towards the end of our first year of life.  Our Adult is the ego state to keep the other two under control.  If we are to change our Parent or Child state, it is through our Adult that we will achieve this.

This is a nice simply compartmentalised way of looking at our behavioural state.  We could split each state into 24 sub-divisions that further explore our motivations and reactions, but let’s keep it simple.  In fact, lets make it even more simple.  A very brief way of summarising the states is to think of the Parent state as the ‘learned’ state, the Child state as the ‘felt’ state and the Adult state as the ‘thought’ state.

When we are the Agent and initiate a Transaction Stimulus, we are doing so from one of our ego states.  Likewise, the Respondent is receiving and responding to the stimulus in one of their ego states.  Our state can change in response to a trigger.  Our feelings at the time determine the state that we will be in.  The Transaction Stimulus and the state from which it is delivered can become our trigger for change of state.  The model states that effective communications must have a complimentary response in the same states as the stimulus.  So if the stimulus is from Parent to Child, the response must be from Child to Parent, otherwise the states become crossed and the communication breaks down.  At this point the meaningful communication goes no further and both parties shift their focus to the relationship.  In the worst case scenario either or both parties become upset.  When this happens, either the Agent or Respondent must perform a complimentary communication in order to re-establish the relationship.

Understanding the ego states and how they interact can help you to ensure effective communication and maintain healthy relationships.

Understanding the ego states and how they interact can help you to ensure effective communication and maintain healthy relationships.  Just like capturing errant spirits, the trick is to not cross the streams!  This is a simple introduction to the model, analysis of behaviour can get quite in depth.  To learn more, why not read Berne’s book, Games People Play or look up some of the modern interpretations of the model.  In the meantime, I have simplified the interactions between the states.  Think of the ego states in terms of compatibility.  Parent <-> Child establishes communication, Child <-> Parent establishes communication too.  Adult is compatible with any state, with Adult<->Adult being, in my view, the most desirable for the workplace. 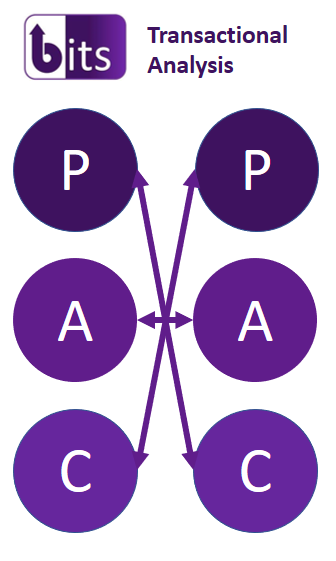 A transaction that starts out as Parent to Parent or Child to Child is likely to fail.  Likewise, a communication that starts with complimentary states then switches to Child to Child or Parent to Parent will also fail and perhaps escalate out of control.  As Adult is the one size that fits all, as a leader in the work place, if you start out in the Adult state and maintain this, you can’t go far wrong.  Not only are you in a compatible state, you are also less likely to trigger a state change in your receiver.

But how do you know what ego state someone else or even you yourself is in?  Here are some physical and verbal clues that will help you work this out.

N.B. beware of cultural differences in body-language or emphases that appear ‘Parental’.

Verbal – egocentric talk focussed on themselves such as; I wish, I don’t know, I want, I don’t care.  Also dismissive language such as; oh no, not again, another management initiative.  Maybe language of despair will creep in too; things never go right for me, worst day of my life.  It is also noted that child state is often indicated by unsubstantiated use of superlatives; bigger, biggest, best, words to impress.

Verbal – questioning language why, what, how, who, where and when, how much, in what way.  Comparative expressions, reasoned statements, true, false, probably, possibly, I think, I realise, I see, I believe, in my opinion.  People in Adult state tend to focus on facts and a quantified assessment of them.

From a workplace perspective the key is to employ planning and awareness.

By recognising the state of others in the room, you can better handle the conversation and communications.  More importantly, by recognising your own state you can ensure your power to influence.  As Berne pointed out, changing our emotional response to stimulus is very difficult to achieve.  Likewise, changing our learned rules and values is no easy task.  So our best way to ensure a positive outcome to interactions is to remain in our adult state.  We may find it necessary for occasional judicial use of the parent state, but remember, this is only effective if your respondent is in the child state.  If someone is shouting the odds and telling you how things should be done, switching to your parent ego state will not achieve a successful transaction, it will simply cause the interaction to escalate and focus on the relationship rather than the subject matter of the discussion.

From a workplace perspective the key is to employ planning and awareness.  Be socially aware of your ego state and that of others.  Plan your communications, you should be able to predict how your message will be received, and what impact this might have someone’s ego state.  If you know someone is likely to have an emotional response and enter their child ego state, you can plan to ensure that this doesn’t trigger your child state.  Without this level of planning, even with emotional awareness  you can find yourself reacting emotionally to someone else’s change of state.  Not only does this result in a breakdown of the interaction, if this occurs in front of your team it devalues your management power and credibility.

Like everything in behavioural science, simply being aware of the model and how outcomes can be effected, will mean you are better placed to control situations.  Start to think in terms of ego state, when you see someone drift out of their adult state, have some triggers in your back pocket to bring them back to adult.  A simple statement like “You’ve raised a great point there that I think we should discuss as a group.  Do you mind if I put that on the board for us to come back to later?” can give someone nowhere to go with their outburst and force them into exploring a logical response to your question.  Once they start applying logic they are triggered back into their adult state.

If you often find that communications get lost and messages don’t get through or meetings descend into chatter, back biting and shouting, try applying the model and using your understanding of the science to diffuse situations that have potential to escalate.  However satisfying that vengeful transactional response may feel at the time, remember there is no place for such behaviour at work and the satisfaction is incredibly short lived with the negative ramifications being far longer lived.  So next time you get carved up on the road, try backing off a little, let the driver find their own space and continue with your journey in your Adult state.  This way you arrive at your destination in a timely fashion, rather than risking arriving in A&E with an open wound!

N.B. This article is focussed on influencing behaviour in the workplace.  Please be sure, at other times, to allow yourself to enjoy your child state.  When with a group of friends, sharing jokes or playing games, your child state and your emotional response will bring joy and happiness to you and your friends.  Right time, right place!