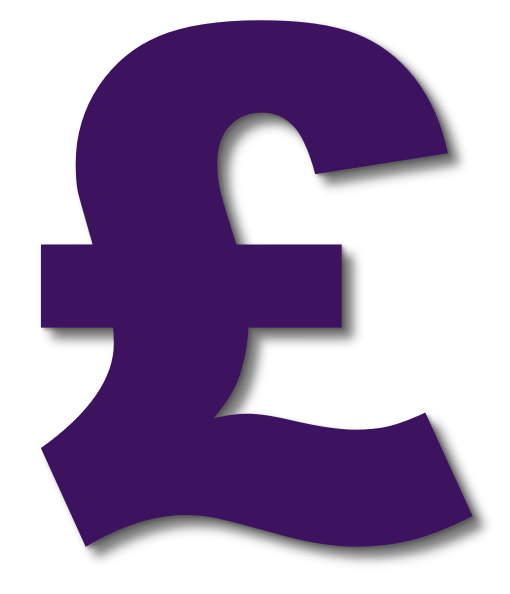 A question I often hear in the workplace is “So what is Sustainable Development?”.   The response I often hear is that sustainability is doing stuff in the community like school visits and supporting local charities.  While such activity is often part of a company’s sustainability plan, this is not really a definition of what to be sustainable actually is.  The clue is actually in the word itself and the reality is not as altruistic as most people think.  It is, however, a great thing and something on which we should all have a focus.

So, what’s Monopoly got to do with it?  First and foremost, Monopoly is not real life, it is a game.  However, some people in business do approach life as though it were a game of Monopoly.  A prominent US politician springs to mind.  So how do you win at Monopoly?  In order to win you need all your opponents to go bankrupt, while you are still solvent.  The easiest way to do this is to buy up the expensive properties and drive up the price of all other properties at the auction.  Then when your opponent needs a deal to get out of a hole, you make sure you extract as much value for you out of this deal as possible.  Technically, you can win the game with just one pound in your account and all your properties mortgaged, so long as that is a stronger financial position than your opponents.  So you may have won, but have you been successful?  It would appear not, if you win with a small amount of money in your account, what you have done is taken your opening balance of money at the start of the game and reduced it significantly along with all your opponents.  The bank has got rich at the expense of all the players, so the bank could be considered the real winner.  Sounds scarily like real life now doesn’t it?

The answer is sustainability.

So, how does one become successful at Monopoly?  The answer is sustainability.  The only way you can make money in Monopoly is by encouraging money into the game.  This happens when people pass “go” and collect their salary.  If no one passes “go” then no new money comes into the game and you end up skint.  So in short, the way to make the most money at Monopoly is to keep as many players in the game for as long as possible.  This way more money comes into the game.  So your actions must be focused on keeping your opponents in the game, rather than winning.  So when a property you don’t want comes up for auction, let your opponent win it for a fair price.  When you have enough money to put a hotel on Mayfair but this would mean wiping out your opponent when they land on it, hang fire on that development and wait until it is sustainable.  In Monopoly, making money requires you to support other players, not over develop and consider the long term impact of your actions.

Reading that advice might make you squirm, why miss an opportunity to win?  Well life isn’t Monopoly, and real life matters.  ‘Winning’ in real life could mean your business being very short term.  If you watch some of the business based reality programs on television, you may think that succeeding in business is about crushing your opponent and always getting the lowest price deal.  If you read around you will also notice that people who operate in this mode tend to change their business area frequently and move from one venture to another.  This is because this is a very short term approach.  Just like in the game of monopoly, once you made everyone else bankrupt, you have to start a new game.  Capitalism is driven by the pursuit of profits.  In order to have long term profits, there needs to be mass wealth.  If you have all the money, how can you possibly make a profit? So ‘winning’ in the game of life comes with a significant cost, the cost is your ability to generate a sustained income.

The reason that big businesses, the good ones that is, award contracts to local suppliers; support environmental initiatives and help educate school children is so they have money in their local economy; they have resources in the future to support their process and they have qualified people to fill their future vacancies.

Do you want to pay the lowest price in the market? 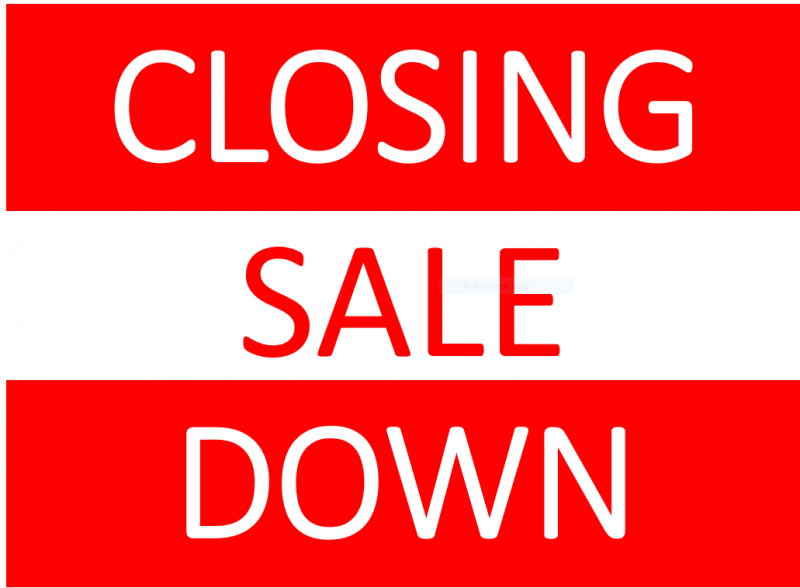 In this regard, sustainability is good business, it is not just what you do outside your organisation in terms of community support, it is also how you operate within your own office walls.  When you negotiate a price for a critical component in your end product, do you want the lowest price in the market?  If you do, have you thought about what this means?   Maybe the price is so low that your supplier is not hitting their margin, maybe it is so low that they are not even covering their fixed costs.  What impact could this have on your certainty of supply?  What would happen to your production if this supplier went bust?  We could get into supplier placement here, but that will have to be another article.  For now, let’s accept that common-sense dictates that for you to be successful, those who support your business must also be successful.

Before I am accused of misleading you, sustainability isn’t about paying more.  It is about paying a fair price and considering the entire supply chain rather than just your bit of it.  It is not just the case that everyone deserves to make a profit, it is the case that everyone needs to make a profit in order for capitalism to work.  Forget survival of the fittest, think of survival of the fairest.  If we were able to remove exploitation and externalities from an economy we would be left with a truly sustainable and strong economy.  The biggest threat to sustainability is greed. 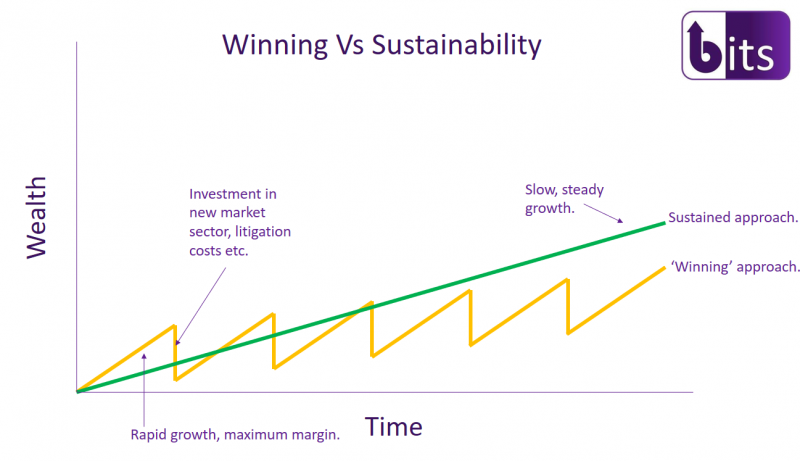 Sustainability isn’t just about doing your bit for charity or putting your name on the town football team’s kit.  It’s about running your business in a way that ensures that when you grow, there are plenty of people with enough wealth to buy your products in an environment that has been managed in order to support the satisfaction of future demand.  In this regard sustainability is a mindset, a way of viewing your business activity and a way of managing relationships.  So it is a behaviour.  A behaviour that is characterised by fairness, openness and respect.  In the long term it is the nice guys who succeed.

So the game of Monopoly is perhaps closer to the game of life than we think.  If you crave the self-esteem that winning brings, then go ahead and enjoy the Pyrrhic victory of crushing your suppliers and competitors.  If you prefer sustained wealth and a growing business, get your sustainability plan in place and encourage sustainable behaviours.  Sustainability should run through your business culture.  That way actions that support a sustainable business become embedded in the behaviour of your people.  Choosing the right suppliers, negotiating a fair price, developing mutually beneficial relationships, respecting your staff, developing your team, investing in the local infrastructure, protecting the environment, minimising your waste, achieving efficiency should all be at the front of the minds of your team.  This way your business stands the best chance of lasting the distance. So next time you play a game of Monopoly try the sustainable approach, you’ll find the game can theoretically go on forever and everyone makes loads of money.  However, if one person decides to exploit the other players, then the game ends and no one makes much money, including that player.