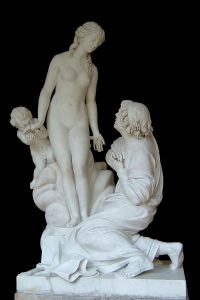 Be careful what you wish for!

In Greek mythology Pygmalion wished that he might meet a woman as beautiful as his ivory statue with which he had fallen in love.  When he kissed the lips of his work of art, he felt the warmth of human contact.  His wish had been granted and he had found his wife!

Most of us are familiar with the term ‘Self-fulfilling prophecy’, the notion that if you predict and expect something to occur, your resulting behaviour may in fact make that event more likely to occur.  However, how important is this and does the theory have any relevance in the workplace?

The answer is very important and very relevant!  Let’s first explore the terminology.  What is a prophecy?  It is a prediction that something will occur in the future.  Despite what some people tell us, none of us can see into the future.  So a prophecy is simply an event that could occur in the future, an event that has a probability of occurrence.  If a prophecy is described as self-fulfilling, then we are saying that the very fact that we have created a prophecy has increased the probability of the prophesised event to one.  The implication, which is not referenced in the term, is that this influence is at an unconscious level. 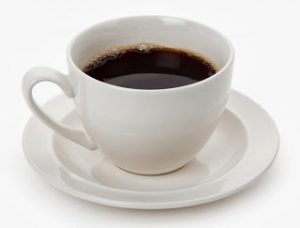 Let’s use a very simple example to explore this.  If I make a statement that I am going to make a cup of coffee, then go ahead and make a cup of coffee, we have not witnessed a self-fulfilling prophecy.  However, if I make a statement like “I bet this cup of coffee will taste awful”, then proceed to make a cup of coffee, the theory suggests that my physical actions involved in making the coffee will be sub-consciously influenced by my predication and I will therefore make a poor quality cup of coffee.  So maybe I will use too much coffee, use water at the wrong temperature or add too much milk.  I won’t consciously do any of these things, but they happen because of my attitude towards the task.  Furthermore, my interpretation of the outcome will be influenced by my prediction also.  So the coffee I make may be identical to the last cup I made, but my evaluation of the drink is a negative one because of my prophecy.

A prophecy is neither true nor false, so the outcome is ours for the taking.

All of this was first introduced to us by Robert Merton in his book Social Theory and Social Structure in 1949.  One of the key things he points out is that any prophecy is neither true or false.  How can it be?  The future is not yet written, so a prophecy can only be deemed correct or otherwise when the event has occurred.  Until such time we can influence the outcome.

This effect has been demonstrated to even influence our health.  People who expect and anticipate poor health have more health problems.  Indeed Cognitive Behavioural Therapy is being used to help people manage disorders by embracing more positive thoughts and learning methods of interpreting potentially negative events in a positive way.

However, rather than write a complete volume on the subject, I thought it might be useful to put this into a leadership context.  How might this phenomenon be negatively impacting your organisation currently, and how can a wider understanding of the subject improve the performance of your team?

One very well known study of this phenomenon is the Rosenthal-Jacobson study.  This involved Californian students and their teachers.  The students of an elementary school were all given an IQ test.  Teachers were not given access to the results of this test.  However, 20% of students were selected at random without any consideration of their IQ scores.  These students were categorised as ‘bloomers’.  The names of these students were given to the teachers along with the information that these students had significantly out performed their fellow students and were expected to perform very well.

At the end of the study (8 months later), all students were given the same test again.  All students showed improvement, as you might expect.  However, among the younger students, those in the ‘bloomer’ group significantly outperformed their classmates.

There has been some criticism of the IQ test used and recognition that the effect is diluted by the amount of time the teacher has known the students.  The longer the pre-existing relationship, the less impact the bloomer categoisation had on the results.  However, the effect, dubbed the Pygmalion effect, is widely recognised as true and has been repeated in other experiments.  The opposite outcome is referred to as the Golem effect, this is when people hold a negative view and low expectation of someone’s capability, and this results in that person under performing.

So what can we take from this?  Quite simply, if in a leadership role, we must accept that we influence the performance of our team members.  Otherwise, why are we here?  We now know, that if we have a low expectation of someone’s performance, this will influence how we manage them on a subconscious level.  As such, this person will perform below their capability as a result of our influence – the Golem effect.  Conversely, if we have a high expectation, we will see improved performance – the Pygmalion effect.  This is also true of our own performance.  If we think positively about our capability and predict strong performance, this is what we are more likely to deliver.

Now what we are talking about here is not magic.  The foundation of good performance is hard work.  You can’t take a poor performer who has limited capability and turn them into employee of the month by telling them they are great and can do anything.  However, by genuinely raising your expectation and recognising strengths above limitations you can add to other techniques you use to raise the standard of your team.

Here are a few tips and checks to get you started.

Why would you choose Golem over Pygmalion? 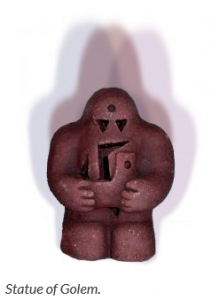 So hopefully you are ready to embrace self fulfilling prophecies.  Humans are very sophisticated and complex beings who operate on multiple levels.  You should never underestimate the impact your behaviour has on the performance of others.  By raising your expectation and embracing positive thinking you are helping to ensure that your impact on performance is always in the right direction.

I remember the comedian Bill Bailey once being asked whether he believes in God.  He responded by saying that all religions seemed too far fetched to him, however, if there was the slightest chance of existence after death and believing in God made that possible, then he might as well do that.  So, even if you are uncertain of the probability of success, isn’t it worth raising your expectation and visualising a positive outcome?  What harm can it do?  Why would you choose Golem when you can have Pygmalion?