Join the dots to reveal the answer….. 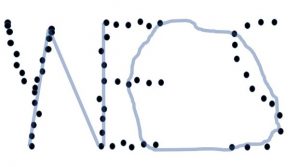 Confirmation Bias, what is it and how can you avoid it?

In 1989, Varig flight 254 crashed in the Brazilian rainforest.  Thanks to the skill of the crew, 41 of the 54 on board survived.  The flight was a scheduled service from Sao Paulo to Belem.  When preparing to land, the first officer had trouble contacting the Belem airport on the radio.  He got no response on normal frequencies.  He and the Captain followed protocol and tried alternative frequencies.  Ultimately they utilised their ultra long range radio and made contact.  They reported their position and asked if the airport beacon was malfunctioning as they had no signal.  They were informed that the beacon was fine and the problem must be with their equipment.

This area was not covered by radar, all positions were calculated using the airplane equipment and reported to air traffic control who recorded the relative positions of all incoming planes and gave instruction for approach.  Flight 254 was instructed to commence their approach and drop altitude. 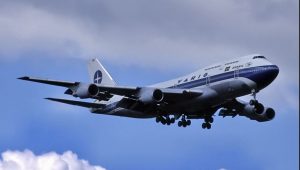 Passengers reported to cabin crew that they were concerned as they could see no lights from the city below.  These concerns were not passed to the captain as the crew accepted that the captain and first officer knew what they were doing.

As they got nearer to the airport, the pilot and first officer became concerned as they could not see the lights of the runway.  In fact they could see nothing but rainforest, which in the night looked black and featureless.  They concluded that their navigation equipment was faulty and tried alternative methods to determine their position.

They tried using the two way radio but had no response.  So they tuned into an AM frequency to see if they could get local radio.  They managed to get commentary on the World Cup qualifier between Brazil and Chile.  Receiving a local radio signal from Belem, convinced them they were not far from the airport.  While the first officer became very concerned about fuel levels, the captain was comfortable that they would soon see the airport.

Flying at quite low altitude, the captain scanned the local environment and saw a river below.  This told him that he was over the Amazon, and could follow the river to Belem.  Following the river, they saw no sign of the airport and eventually ran out of fuel and executed a crash landing.

Having performed some tests to determine their location, the pilot and first officer were convinced that they were close to the airport.  Their crash site was in fact over 700 miles away from their intended landing location.  In fact, at no point during the flight did they come near to or even approach the airport at Belem.

Looking at some of the facts above, it might be pretty clear to us that they were not in the right location.  The investigation concluded that the pilot and first officer had both entered the incorrect bearing into the navigation system before take off.  They commenced on a bearing of 270 degrees instead of 27 degrees.  So instead of heading North, they in fact headed due west flying directly into the sun.  So here are some of the facts:

Furthermore the crew performed some objective tests to try to confirm their location.  However, although their tests were objective and sound in principal, their interpretation of the results was very subjective.  This is due to the phenomenon of confirmation bias.  From the moment of take off, the crew were convinced that they were on the correct bearing, heading to their correct destination.  Therefore, everything they observed was viewed in this context and subconsciously distorted to support this view.  So the cabin crew did not act on the concerns of the passengers, even though multiple passengers independently reported the same observation.  When they were unable to reach Belem airport on normal radio communications, they assumed their radio wasn’t working properly.  Likewise, the lack of beacon signal was put down to a failure of the plane’s equipment.  All these interpretations support the view that everything is fine and the plane is going the right way.  Once the pilot concluded that they were not above the airport, they still assumed they were on the right course, and just needed to fly a little further on.  By tuning into the commentary of an international football match which was being syndicated to most national radio stations, they assumed they were receiving local Belem radio.  Objectively this could have been any radio station, but they chose the option that supported their pre-held idea.  They were biased towards the interpretation that confirmed what they held to be already true.  So when they saw a river, they naturally assumed it was the Amazon which led to Belem. 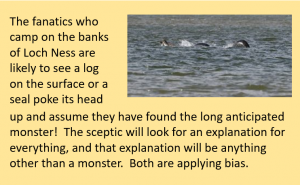 To err is human, and if you are reading this you are human!

The pilot and first officer’s lack of objectivity risked their lives and ultimately cost the lives of 13 people.  There is no question of their integrity or competence here, they were simply guilty of being human.  We all interpret the world around us in the context of what we already hold to be true, we are prone to jumping to conclusions and can often be blinkered and miss the significance of key information.  While thankfully most of us are not in a position where our confirmation bias can lead to an international disaster, it can put our profits, reputation and even our team members at risk.  So how do we avoid this phenomenon negatively effecting our performance?

Fans of the popular sitcom Benidorm, should take advice from Mr Woo. “Check yourself before you wreck yourself!”  Before making a decision or determining in what direction to go forward, ask yourself the question, have I been objective here?  Get into the habit of performing this check, before long, just checking yourself will lead to you being more objective in the first place.

After gathering facts and reaching a conclusion, take time-out before acting on this.  Just put it to one side and do something else.  You often find that new ideas and interpretations arrive in your head that cause you to question or confirm your original conclusion.

Involve others in the process

Pretty obvious this one, but so often we fail to do it.  Get a second opinion or involve your peers and colleagues in the process from the outset.  This can help highlight and correct bias.

As we saw with flight 254, sometimes multiple people can apply the same bias, especially when one of the group is a higher rank or seen as more senior.  So get an outsider to review your work.  They don’t have to be an expert, anyone can see if facts have been considered objectively.

Particularly useful when investigating an incident, but equally applicable to other tasks; use a model or tool that points you to the pertinent questions and forces you to include all relevant factors.

The time when you are most convinced that the evidence supports your view point is when you need to question yourself.

Confirmation bias is at its strongest when the subject matter is emotionally charged or is around a deeply held belief.  So the time when you are most convinced that the evidence supports your view point is when you need to question your originally held view and whether that has influenced your interpretation of the facts.  Many people of my Mother’s generation believe that you can catch a cold by getting caught in the rain.  If presented with a peer reviewed scientific paper that refutes this, they will immediately consider it flawed and doubt the legitimacy of the author.  This remains true even when you point out that their original belief was based on no evidence whatsoever and the paper is evidential and supported by actual events.  So no matter how certain you may feel, check yourself before you wreck yourself!